This summer, I stepped way out of my comfort zone and participated in a workshop with Tony Corbell and Russ Harrington in Muscogee, Oklahoma. “Why on earth would you go to Muscogee, Oklahoma?” I was asked several times.

It turns out, there were two reasons. First, that’s where Tony shares a studio with Mandy Lynn Corbell and Kim Smith, and I was super jazzed about spending three days with Tony and Russ, “Shooting Stars.” How often do you get to work directly with one guy who has photographed three presidents (and most of the world’s top leaders) and another who recently had a 5-story photo displayed in Times Square?

There was a second reason I wanted to go to Muscogee: I was born in Tulsa, 45 minutes away, and my great-grandparents had lived just 15 minutes north of Muscogee in the 7,000-population town of Wagoner when I was young, but it had been a very long time since I had been there.

My great-grandfather, Virgil A. Jean, came to Oklahoma from Mississippi in 1910 to work in the oil fields, not long after it became a state in 1907. He soon met and married my great-grandmother, Sarah Wilson. I was very fortunate to know and spend time with both of them on their farm where they raised pecans, sweet potatoes and chickens until I was 12. 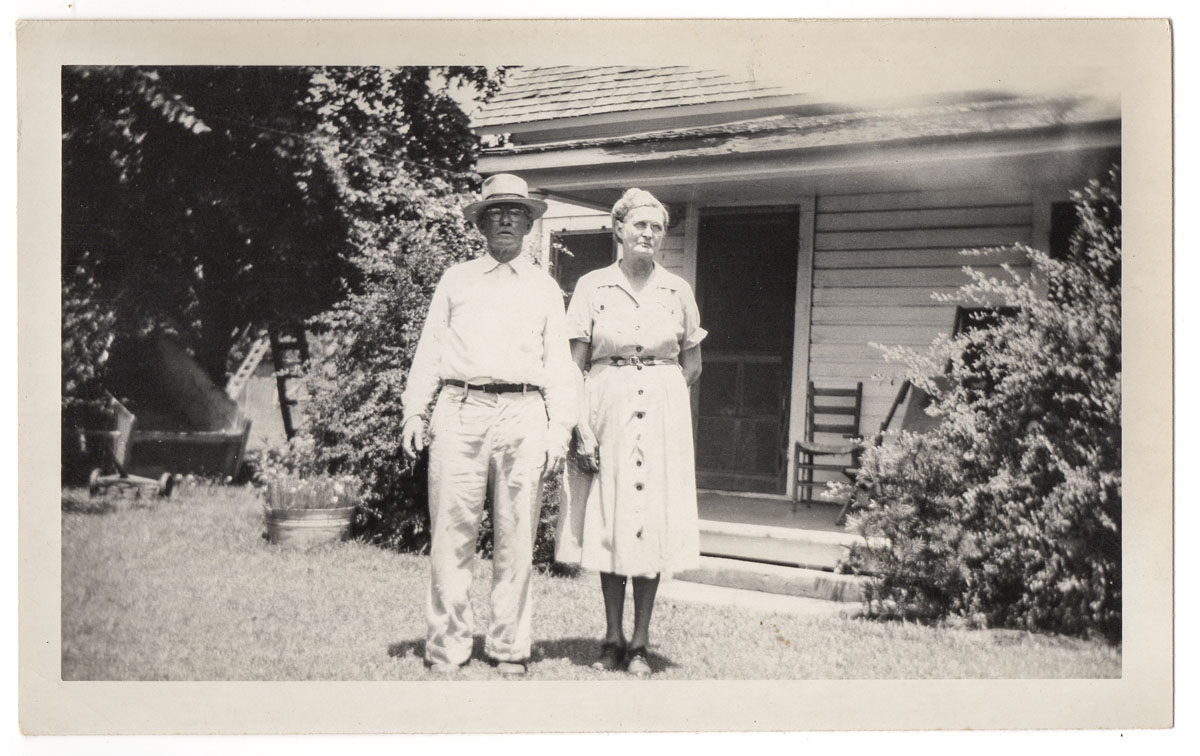 My dad, Jim Boatright, took this photo 50 years ago, using the same Rolleiflex twin-lens reflex that I own today. Dad was a photo-journalist from the University of Oklahoma, worked as a professional photographer and made photographs of a couple of presidents himself. He taught me photography and darkroom technique as a teenager.

As I started getting ready to head to the workshop, I thought it might be cool to share what a real “Okie from Muscogee” (at least, from pretty darned closed) looked like. 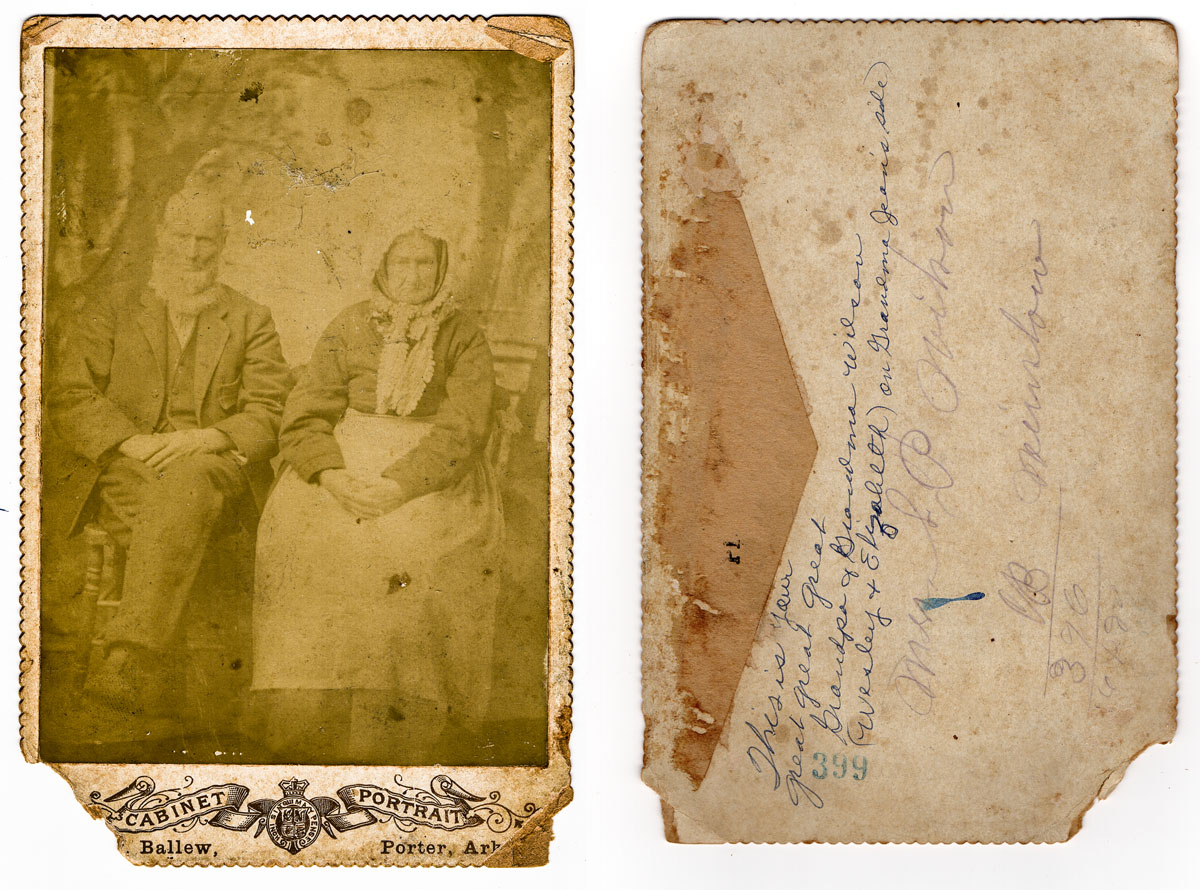 According to Wikipedia, the scallop-shaped edge of this "Cabinet Portrait" dates it to the 1890's. Wagoner was founded in 1895, so it’s a safe bet that this photograph was taken just before the turn of the century. (Which means, by the way, that they were probably, “Sooners.”) I haven’t been able to find any record of a photographer named, “Ballew” in Porter, Arkansas, so my guess is that the photograph was actually made nearer to Wagoner (Porter, AR is less than 100 miles from Wagoner) by a travelling photographer. From the discoloring, it's most likely an albumen print.

While I seriously doubted that the small 4-room house and the farm were still there, I added a day to my trip to explore Wagoner and to see what had come of the old homestead. On Google Maps, I found what I thought was where their house would have been, sadly covered over by a parking lot. When I got to Wagoner, I discovered I had been looking at West Cherokee Street not East Cherokee where they lived.

Driving east out of town, the downtown buildings transformed into a series of small lots, with increasingly smaller homes the further I got from downtown. Suddenly, I had one of those “Oh, My God” moments with goosebumps—the house was still there! It was not in very good shape, but it was still standing, amongst many of the same pecan trees that once were my great-granddad’s! 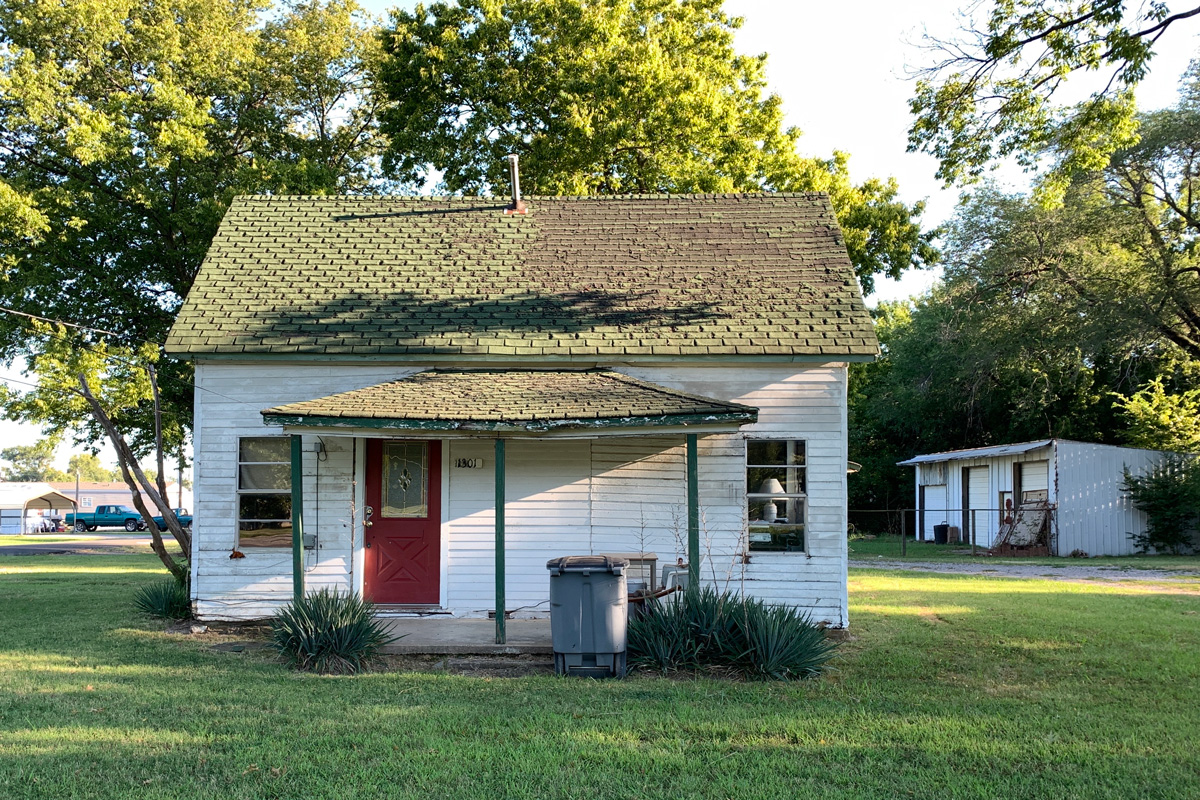 The house looked how I remembered it, but the street address was wrong—by one block. How, you might ask, was I able to tell for sure that it was the same house? From my dad’s 50-year old photograph, that’s how! The bushes are gone, but the doors and windows line up. And after the fellow who rents the house invited me, I was dead certain. Memories from my youth came flooding back as we sat and chatted in their old living room, seeing the kitchen where my great-grandmother made lunch and the pecan trees through the window.

Since I still have that Rollieflex, I used it to make a photo of the house standing right about where my dad must have stood when he made the photograph of my great-grandparents. 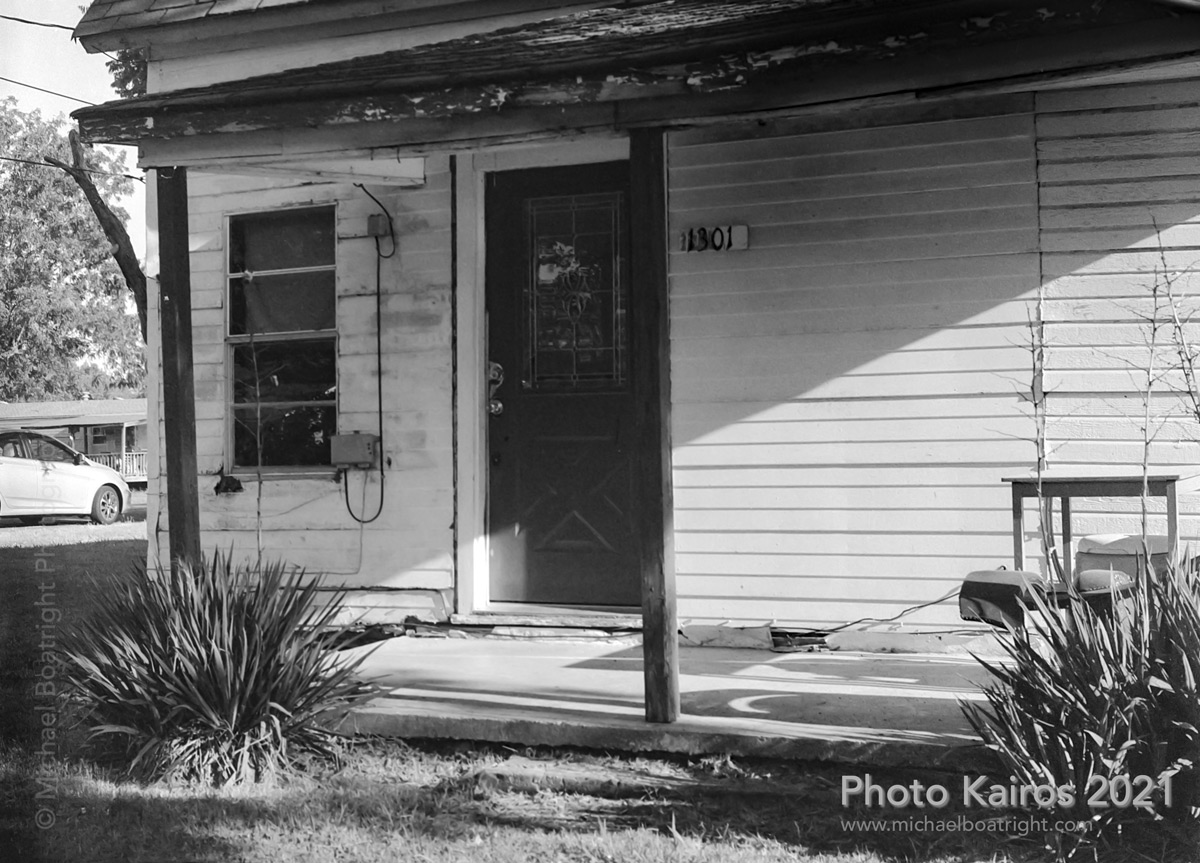 So, I was able to confirm a piece of my history, with a 50-year old photograph that my dad had made. And while I am really not into genealogy, I find unveiling a bit of my personal ancestry through a 125-year old photograph fascinating. So I’m doing the best I can to preserve these precious bits of history (as well as many others) and printing the images that are important to me. I have no idea if the JPEGs of my own grandson will last 125 years, but I sure am counting on the prints to be around a long time after I am gone!